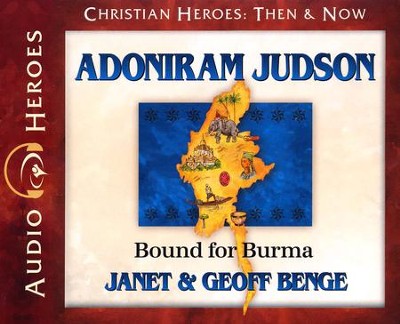 As America's first foreign missionary, Adoniram Judson thirsted to see the Good News brought to the shrouded land of Burma. His thirst would be quenched, but at an unimaginable price. Adoniram survived starvation, imprisonment, and torture both on land and at sea only to watch his family, coworkers, and friends succumb to death. For ages 10 and up.

▼▲
I'm the author/artist and I want to review Adoniram Judson.
Back
×
Back
×