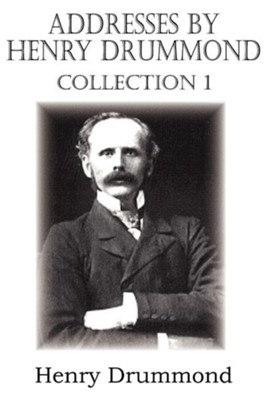 ▼▲
I was staying with a party of friends in a country house during my visit to England. On Sunday evening as we sat around the fire, they asked me to read and expound some portion of Scripture. Being tired after the services of the day, I told them to ask Henry Drummond, who was one of the party. After some urging he drew a small Testament from his hip pocket, opened it at the 13th chapter of I Corinthians, and began to speak on the subject of Love.It seemed to me that I had never heard anything so beautiful, and I determined not to rest until I brought Henry Drummond to Northfield to deliver that address. Since then I have requested the principals of schools to have it read before the students every year. The one great need in our Christian life is love, more love to God and to each other. Would that we could all move into that Love chapter, and live there.D. L. Moody.Henry Drummond was a Scottish evangelist, writer and lecturer. Drummond assisted Dwight L. Moody during his revival campaigns, was a lecturer in natural science and was one of the first writers to try to reconcile religion and science. Although he never received a degree, he was an ordained minister and a professor of theology. He also wrote several books. His messages are as inspiring today as they were first delivered.

▼▲
I'm the author/artist and I want to review Addresses by Henry Drummond Collection 1.
Back