The Addicted Brain: Why We Abuse Drugs, Alcohol, and Nicotine
By: Michael Kuhar 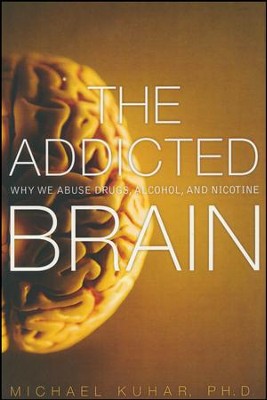 The Addicted Brain: Why We Abuse Drugs, Alcohol, and Nicotine

Addiction destroys lives. In The Addicted Brain, leading neuroscientist Michael Kuhar, Ph.D., explains how and why this happens–and presents advances in drug addiction treatment and prevention. Using breathtaking brain imagery and other research, Kuhar shows the powerful, long-term brain changes that drugs can cause, revealing why it can be so difficult for addicts to escape their grip.

Discover why some people are far more susceptible to addiction than others as the author illuminates striking neural similarities between drugs and other pleasures potentially capable of causing abuse or addiction–including alcohol, gambling, sex, caffeine, and even Internet overuse. Kuhar concludes by outlining the 12 characteristics most often associated with successful drug addiction treatment.

Authoritative and easy to understand, The Addicted Brain offers today’s most up-to-date scientific explanation of addiction–and what addicts, their families, and society can do about it.

▼▲
Michael Kuhar, Ph.D., is currently a professor at the Yerkes National Primate Research Center, Candler professor in the Emory University School of Medicine, and a Georgia Research Alliance Eminent Scholar. His general interests have been the structure and function of the brain, mental illness, and the drugs that affect the brain. Addiction has been his major focus for many years, and he is one of the most productive and highly cited scientists worldwide. He has trained a large cadre of students, fellows, and visitors, received a number of prestigious awards for his work, and remains involved in many aspects of addiction research and education. In June 2011, he received the Nathan B. Eddy lifetime achievement award from the College on Problems of Drug Dependence.

▼▲
I'm the author/artist and I want to review The Addicted Brain: Why We Abuse Drugs, Alcohol, and Nicotine.
Back
×
Back
×