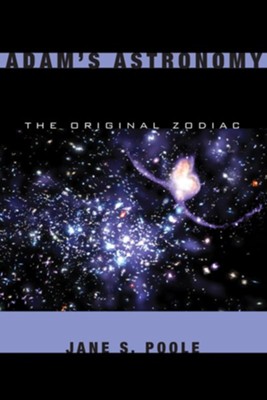 ▼▲
Description: Long before Moses wrote Genesis, the world's first astronomers invented star signs to illustrate a prophecy: a God-man would come to repair the breach between us and the Creator. Those starry figures were pirated, however, and used to advance a false religion which spread all over the world. Faithful men from Noah to the magi of the Christ child stood against that error, yet the true star signs all but vanished for millennia. Adam's Astronomy lays out the original signs, introduces the linguist who recovered them, and explains how she did it. The last chapter describes many deep sky objects whose traits--revealed by modern telescopes--illustrate the ancient message of the constellations in which they are found. About the Contributor(s): Jane S. Poole has always loved the Scriptures, nature, history, and foreign languages. She used all of them while teaching science and language arts in a Christian school. They all come together again in Adam's Astronomy. Jane lives with her husband, Andy, on five wooded acres in Amboy, Washington, where she now writes, paints, and sometimes entertains grandchildren. Her devotionals have appeared in The Quiet Hour (June-August 2004) and Daily Devotions for the Deaf (September 2006), and her poetry and articles have been included in college publications and in church and school newsletters.

▼▲
I'm the author/artist and I want to review Adam's Astronomy.
Back