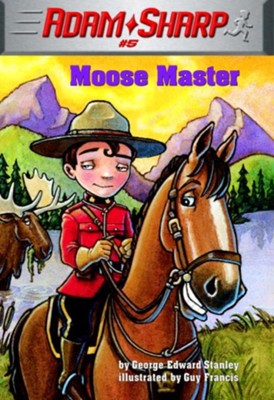 ▼▲
Timber! It’s off with the tuxedo and on with a red jacket when Adam Sharp goes undercover as a Mountie in Canada’s north woods. Ecanem, a mysterious logging company, is hogging Canada’s lumber business, so the Mounties call on superspy Adam Sharp to get to the bottom of things. Will this wanabee Mountie get his man—or, in this case, will he only get a moose?

▼▲
I'm the author/artist and I want to review Adam Sharp #5: Moose Master - eBook.
Back
Back