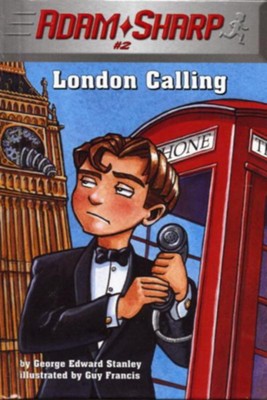 ▼▲
Big Ben has been stolen! Only IM—8’s top agent Adam Sharp can crack this case. But when Adam gets to London he finds cowgirls square-dancing in Buckingham Palace and cowboys having a hoedown at the Houses of Parliament. Has England gone hog-wild?

▼▲
I'm the author/artist and I want to review Adam Sharp #2: London Calling - eBook.
Back
Back