We are OPEN and SHIPPING - click here for shipping estimates
PRE-SUMMER CYBER SALE: Shop over 2,500 items up to 90% off through 5/26 >
Adam - eBook
By: Ted Dekker 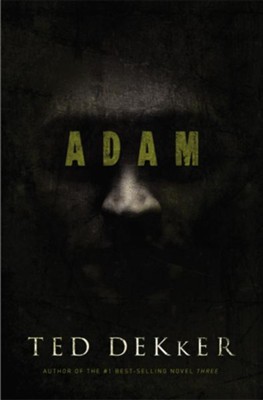 ▼▲
FBI behavioral psychologist Daniel Clark has been made famous by his arguments that religion is one of society's greatest antagonists. What Daniel doesn't know is that his obsessive pursuit of a serial killer known only as "Eve" will end in his own death at Eve's hand. Twenty minutes later Daniel is resuscitated, only to be haunted by those twenty missing minutes of life.

It takes an obsessive mind to know one. And Daniel Clark knows the elusive killer he's been stalking.

He's devoted every waking minute as a profiler to find the serial killer known only as Eve. He's pored over the crime scenes of sixteen young women who died mysterious deaths, all in underground basements or caverns. He's delved into the killer's head and puzzled over the twisted religious overtones of the killings.

What Daniel can't possibly know is that he will be Eve's next victim. He will be the killer's first Adam. After sixteen hopeless months, the case takes a drastic turn on a very dark night when Daniel is shot and left for dead.

Resuscitated after twenty minutes of clinical death, Daniel finds himself haunted by the experience. He knows he's seen the killer's face, but the trauma of dying has obscured the memory and left him with crushing panic attacks. Nothing--not even desperate, dangerous attempts to reexperience his own death--seems to bring him closer to finding the killer.

Then Eve strikes again, much closer to home. And Daniel's obsession explodes into a battle for his life . . . his sanity . . . his very soul.

Enter a world of death and near death that blurs the lines between fiction and reality in a way that will leave you stunned.

"The detail is stunning, pointing to meticulous research in FBI methods, forensic medicine, and psychological profiling. We have to keep telling ourselves that this is fiction. At the same time, we can't help thinking that not only could it happen, but that it will happen if we're not careful."