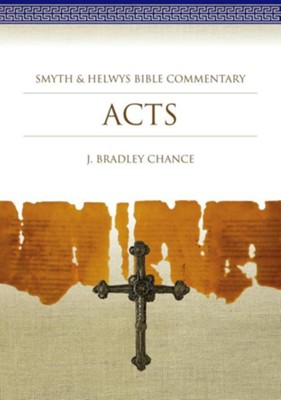 ▼▲
The Acts of the Apostles explores the story of the early church, from its inception in Jerusalem to the hub of the Roman Empire. The early church firmly believed that it was not a new religion, but the realization and fulfillment of Judaism and the Scriptures that Judaism revered. But as the church lived out its mission as "the fulfillment" of its own religious heritage, it had to learn to reach beyond the comfortable boundaries of its traditions. It had to learn that central to the fulfillment of the hopes of Scripture was the incorporation of all persons, Jews and non-Jews, into the people of God.

▼▲
I'm the author/artist and I want to review Acts: Smyth & Helwys Bible Commentary.
Back
×