Skip to main content
SPRING CYBER EVENT STARTS NOW: And it's a really BIG deal! Up to 88% off through 5/24>
Across the Wilderness: Journeys of Faith - Book 2
By: Jeanne F. Brooks
Stock No: WW708382 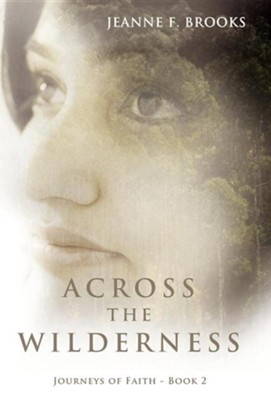 Across the Wilderness: Journeys of Faith - Book 2

▼▲
Orphaned at a young age, Isobel dreams of marriage and a family of her own after graduation from college. Her plans come to a grinding halt when her potential in-laws reject her because of her ethnic appearance. She doesn't fit into their class-conscious, blue-blooded, American society. Broken-hearted, she retreats to the home her last living relative, Aunt Betty. When her aunt dies, she discovers a family secret: that she isn't who she thought she was Isobel was raised to believe she was part Japanese and part Caucasian-American, but she finds proof that her ethnicity is totally different and that her birth mother might still be living. She determines to seek out her biological family and in the process finds a heritage far greater than she ever anticipated.

▼▲
I'm the author/artist and I want to review Across the Wilderness: Journeys of Faith - Book 2.
Back