We are OPEN and SHIPPING - click here for shipping estimates
PRE-SUMMER CYBER SALE EXTENDED thru 6/1 ~ Over 2,500 items up to 90% off
Accused, The - eBook
By: Craig Parshall 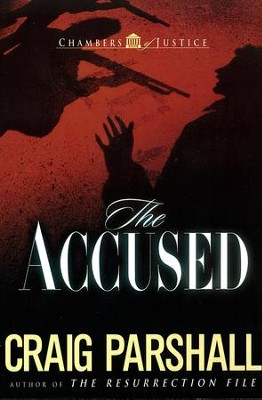 The Accused confronts attorney Will Chambers with the terrifying temptation to avenge the brutal crime that shattered his past.

Enjoying a Cancun honeymoon with his wife, Fiona, Will is ambushed by two unexpected events: a terrorist kidnapping of a U.S. official...and the news that a link has been found to the previously unidentified murderer of Will's first wife.

The kidnapping pulls the attorney into the case of Marine colonel Caleb Marlowe, who stands accused of the murder of civilians during a secret attempt to thwart the kidnapping.

Abandoned by the U.S. government, the colonel is ping-ponged to the International Criminal Court, with Will arguing his defense. When treachery drags Will and Marlowe toward vengeance, they must ask-Is forgiveness real?