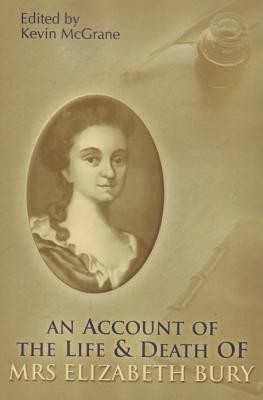 An Account of the Life & Death of Mrs. Elizabeth Bury

▼▲
This work, which contains both a biography and autobiographical material from Elizabeth Bury's diary and letters over the period 1690-1720, was widely known among the Dissenters and was treasured for its example of piety, godliness, and grace. Also included in this new edition are transcripts of the last will and testament of Elizabeth's two husbands, Griffith Lloyd and Samuel Bury, as well as the "Last Legacy" of Samuel Bury, dictated or written by him as he approached death in 1730. Of her life, William Tong, the eminent Presbyterian minister and biographer of Matthew Henry, wrote, "It is a life that will convince and shame many, whose hearts are upright with God; but while they blush at their own failures, they will rejoice at the discoveries of such beauties of holiness and riches of grace."

▼▲
I'm the author/artist and I want to review An Account of the Life & Death of Mrs. Elizabeth Bury.
Back