Skip to main content
The Acceptance: What Brings And Keeps Lifelong Love - eBook
By: Jon R. Anderson
Stock No: WW106373EB 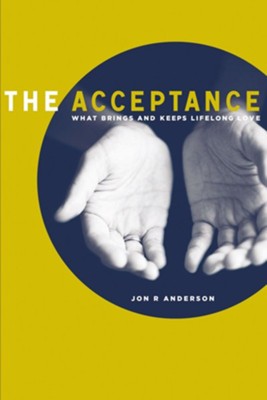 The Acceptance: What Brings And Keeps Lifelong Love - eBook

Drawing from the latest research, top experts, and 25 years of experience helping couples, Jon R Anderson reveals what is at the core of what motivates us to desire a mate, and how those dynamics continue to play out for the duration of the relationship. The Acceptance will provide you with numerous "Ah-ha" moments and bring clarity to many practical ways you can actively bring about positive change and establish a relationship that will keep growing for a lifetime.

Tell us a little about yourself.  Jon R Anderson is the author and the founder/president of Growing Love Network, a non-profit organization dedicated to revolutionizing relationships for lifelong love. Jon has conducted more than 130 intensive workshops for marriages. He has developed a widely used curriculum, Growing Love, which has been adopted as a TwoGether in Texas curriculum. He is the host of Relationship Rewire, a podcast that is downloaded over 42,000 times per month. Jon has been married to his wonderful wife, Joanna, for 35 years. He has three wonderful children, two awesome sons-in-law, two grand-dogs, and a completely adorable grandson.

What was your motivation behind this project?  Jon wanted to get beyond the "how-to's" of marriage and relationships, to the "why's". He believes that "why" we look for a mate is at the core of "how" we deal with a mate. In this book you will come to realize that the "how" doesn't matter much if we don't understand the "why".

What do you hope folks will gain from this project?  This book will revolutionize how you do all of your relationships, especially your marriage.

How were you personally impacted by working on this project?  This book is the culmination of more than 25 years of working with marriages.

Who are your influences, sources of inspiration or favorite authors / artists?  Jon has been mostly inspired by his wife, parents, Jesus, and, a long list of people who have mentored him, such as Max Lucado and Carl Caton.