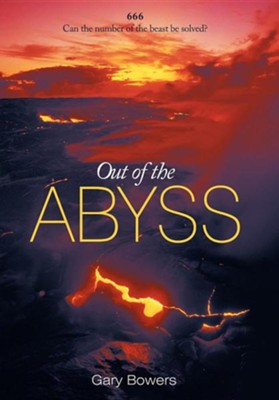 Out of the Abyss: Can the Number of the Beast Be Solved? 666

▼▲
The Apostle Paul branded him the "man of lawlessness." The Prophet Daniel marked him as a "little horn," and a king. John, the author of Revelation, stamped him as a "scarlet beast." The Apostle John labeled him "Antichrist." Many left behind after the Rapture will be amazed and terrified at his mysterious, yet miraculous reappearance.
Who is this troublesome figure that will pervert all that is good and decent and right? Is it possible to solve the number of the Antichrist before he appears? Does the Bible promote or even permit identification of this man of sin who will personify and epitomize the Mystery of Iniquity? Both believers and non-believers have been perplexed and intrigued with these questions for centuries
This book will propel you on an unforgettable voyage to the ancient Roman world, to the very origin and lair of the beast, to the 1st century Church, to the Abyss and back again, to the preemptive death and eternal destruction of Antichrist, to the mesmerizing visions of John, Daniel, and Zechariah, and to high level heavenly counsels. Out of the Abyss will expose and declassify that which has been concealed and classified. To wit: the secret of the beast presumed to be confidential until the body of Christ is taken from this earth.
You may not agree with where the journey takes you, i.e. with the conclusions reached. But with all his heart and utmost conviction, the author believes you will enjoy the trip. He proposes that, at the very least, you will be fascinated with the relevance and application of Scripture to some of the most astounding events in human history, both past and future. You will take part in and be enthralled with a partial refitting of the prophetic puzzle.

▼▲
I'm the author/artist and I want to review Out of the Abyss: Can the Number of the Beast Be Solved? 666.
Back