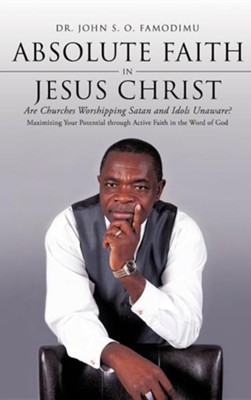 ▼▲
ABOUT THE BOOKThis book had to be written to clear up many myths about Christianity today. The author's inspirational and scholarly approach to the state of religion, both from a modern perspective as well as from an historical outlook, is timely.The author closely documents the divine glory and guidance of the Bible. He laid emphasis on both the letter and the spirit of the Holy Bible, and opens for all readers some of the main themes of Biblical teaching, while revealing and clarifying many of the ancient stories and truths. Within the worldly context, the author writes in detail the hidden power and supremacy of Jesus Christ above all other religious founders.He was inspired to write by his observance that many people were no longer experiencing unchallengeable power that is vested in Christ and lead the reader to the source. This volume is perhaps the doorway through which true believers may pass on their way to a richer, more fulfilling religious life. It will strengthen and enrich our faith.ABOUT THE AUTHORJohn's life is synonymous to that of the Apostle Paul in the Holy Bible, who was a very religious Jew until he met Christ. John grew up in a Pentecostal church where their worship-style is Judaic in nature. When Christ called him to be a minister, he began his lifelong fight of faith against Satan and the false ministers in Satan's grasp throughout the world.He is the founder and president of the Absolute Faith In Jesus Christ Ministries. He was inaugurated to the office of Bishop on July 19, 2009.His ministries and messages have helped thousands of lives to obtain salvation and holistic freedom. While he was born in Nigeria, he now lives with his wife and children in United States of America.

▼▲
I'm the author/artist and I want to review Absolute Faith in Jesus Christ.
Back