Skip to main content
Absent from the Body, God's Message to Me
By: Lynn Mourgos
Stock No: WW301271 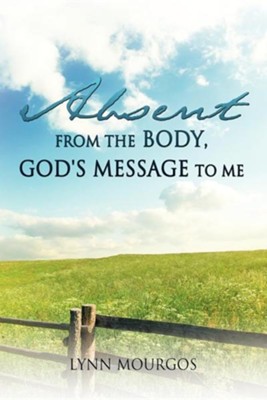 Absent from the Body, God's Message to Me

▼▲
Growing up and working in both urban and rural Kentucky, Lynn Mourgos fantasized quite often about where life could take her beyond the boundaries of the "Bluegrass." To the credit of her mother, God was instilled into Lynn at an early age as most important. She became a Christian at nine years old. Throughout childhood Lynn would write her prayer requests to God in the form of letters to Him. Her mother was quite impressed with this habit and became very fond of those memories. Lynn's mother had remarked to her how beautifully written and faith filled the letters to God were. Lynn remembers having much faith in God throughout her childhood. It was one day during her childhood while reading her Bible, she discovered she had the gift of faith that is described in 1 Corinthians chapter twelve. Over the years, Lynn's faith in God has served many purposes in her life. Ranging from dreaming big to the revelation that God had a divine assignment for her. Before the manifestation of this divine assignment, Lynn weathered many challenges, setbacks and disappointments. Some of which were due to bad choices during a time she drifted away from God. Ultimately her faith in God drew her back to Him. She has now begun living out her divine assignment. Lynn had an out of body experience in 2006 that paved the way for God's purpose for her to be revealed. In 2011 after much prayer and relationship with God, He revealed to her the reason for her out of body experience. God also revealed to her a message He wants her to share with everyone. Lynn is passionate about sharing this message God has given her with the world. One of her main objectives in this message is to dispel some common false teachings and wrong impressions concerning Christianity. She is hoping to reach the unsaved in leading them to salvation and eternal life with God through Jesus Christ. She is also hoping to help the saved find a more abundant life in God.

▼▲
I'm the author/artist and I want to review Absent from the Body, God's Message to Me.
Back