Skip to main content
Abraham's Curse: The Roots of Violence in Judaism, Christianity, and Islam - eBook
By: Bruce Chilton
Stock No: WW10915EB 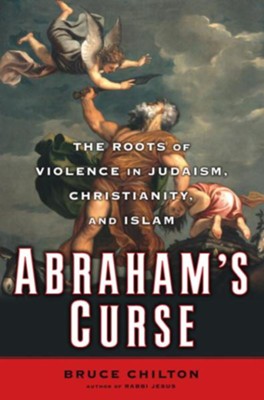 Abraham's Curse: The Roots of Violence in Judaism, Christianity, and Islam - eBook

"When they arrived at the place which God had indicated to him, Abraham built an altar there, and arranged the wood. Then he bound his son and put him on the altar on top of the wood. Abraham stretched out his hand and took the knife to kill his son..." --The Book of Genesis

The story of Abraham's acceptance of God's command to sacrifice his son Isaac is one of the most disturbing of all biblical stories. Isaac is spared only at the last moment, when an angel stops Abraham's hand. Theologians and scholars have wrestled with the question of why God asked Abraham to kill his beloved son, why Abraham acquiesced, and why in some interpretations he actually killed his son.

In Abraham's Curse, Bruce Chilton traces the impact of the story of Abraham and Isaac on the beliefs and teachings of Judaism (where Abraham is regarded as the forefather of Israel), Islam (where he provides the role model for Muhammad), and Christianity (where he is the ancestor of King David, whose lineage culminates in Jesus). As Chilton examines the story's significance, he makes the case that, far from only reflecting the violence of an ancient, unenlightened time, the sacrifice of children in the name of religion is still a fundamental part of our lives and culture -- from Islamist suicide bombings to militant Zionism and graphic glorifications of the Crucifixion of Christ.

▼▲
BRUCE CHILTON is the Bernard Iddings Bell Professor of Religion at Bard College in Annandale-on-Hudson and Rector at the Church of St. John in Barrytown, New York. He is the author of many scholarly articles and books, including the acclaimed Rabbi Jesus and Mary Magdalene.

▼▲
In this thought-provoking study, Bard College professor Chilton (Rabbi Jesus) asks how the Abrahamic faiths have understood Genesis 22, the story of the binding of Isaac. All three religions include a strand of interpretation that reads the binding of Isaac as valorizing the sacrifice of human life. Some rabbinic texts, for example, suggest that Abraham did in fact nick Isaac's neck, shedding the boy's blood, and that Isaac offers a model for "the necessary readiness for martyrdom." Christianity has seen Isaac as prefiguring Jesus' crucifixion, and Christians, too, find in both these sacrificial stories an approval of martyrdom. In Islam, Chilton finds a range of interpretations, some of which gradually make Ibrahim "more and more aggressive, to the point that Allah could only prevent the slaughterby miraculous means." These interpretations appear to underwrite violence, but Chilton also finds within Jewish, Christian and Islamic sacred texts a corrective: a clear insistence that God does not want human beings to sacrifice ourselves or our children. Today's violent fundamentalists, Chilton claims, overlook those correctives and take their cues from readings of Genesis 22 that seem to favor human sacrifice. Chilton produces yet another creative and very relevant historical account. (Feb. 19) Copyright 2008 Reed Business Information.

▼▲
I'm the author/artist and I want to review Abraham's Curse: The Roots of Violence in Judaism, Christianity, and Islam - eBook.
Back
Back