Skip to main content
Abrahamic Religions: On the Uses and Abuses of History
By: Aaron W. Hughes
Stock No: WW934645 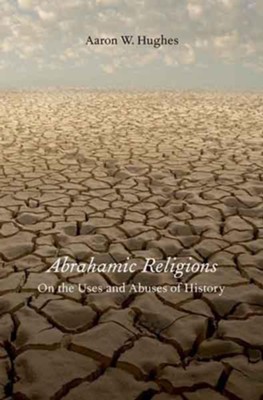 Abrahamic Religions: On the Uses and Abuses of History

▼▲
Recently, the term "Abrahamic religions" has been used with exceeding frequency in the academy. We now regularly encounter academic books, conferences, and even positions (including endowed chairs) devoted to the so-called "Abrahamic religions." But what exactly are "Abrahamic religions"?
Although many perceive him as the common denominator of Judaism, Christianity, and Islam, Abraham remains deceptively out of reach. An ahistorical figure, some contend he holds the seeds for historical reconciliation. Touted as symbol of ecumenicism, Abraham can just as easily function as one of
division and exclusivity. Like our understanding of Abraham, the category "Abrahamic religions" is vague and nebulous. In Abrahamic Religions, Aaron Hughes examines the creation and dissemination of this term.

Usually lost in contemporary discussions is a set of crucial questions: Where does the term "Abrahamic religions" derive? Who created it and for what purposes? What sort of intellectual work is it perceived to perform? Part genealogical and part analytical, this book seeks to raise and answer
questions about the appropriateness and usefulness of employing "Abrahamic religions" as a vehicle for understanding and classifying data. In so doing, Abrahamic Religions can be taken as a case study that examines the construction of categories within the academic study of religion, showing how the
categories we employ can become more an impediment than an expedient to understanding.

▼▲
Aaron W. Hughes is Professor of Religious Studies at the University of Rochester.

▼▲
"With his customary clarity and force, Aaron Hughes shows how the term 'Abrahamic religions' does not pick out any naturally shared element in monotheistic religions, but is a term of art that monotheists have used (and still use) to negotiate the significant differences between themselves and their
near neighbors--other monotheists. Readers who heed Hughes's cautionary words will return to their scenes of interreligious dialogue and trialogue with a historically and philosophically more sophisticated self-consciousness, and as a result, those scenes will have better and longer-lasting
effects."--Martin Kavka, Associate Professor of Religion, Florida State University
"Although quaint and outdated, the 19th century's division between national and ethnic religions was driven by interests little different from those determining how we today group and divide people-making the now popular 'Abrahamic faiths' as tactical a designator as any that came before. Aaron
Hughes makes sure that we don't forget this and challenges scholars to keep their eyes on the historical details rather than succumb to the mythology of unity."--Russell T. McCutcheon, author of Manufacturing Religion: The Discourse on Sui Generis Religion and the Politics of Nostalgia
"Hughes's main concern in this volume is to present a case study in the construction of categories in the academic study of religion. Even though the notion of 'Abrahamic religions' has no historical referent, and is largely intertwined with religious and political agendas, it has nevertheless also
been adopted as a category of analytical value to the student of religion. The lesson to be learned from the creation of such an 'Abrahamic discourse' for students of religion, he rightly points out, is that they must be highly critical and self-conscious about the categories they deploy in their
work."--Donald Wiebe, Distinguished Fellow and Professor of Religion, Trinity College, University of Toronto
"It's an excellent book that deserves to be the book on the subject matter."--Craig Martin, St. Thomas Aquinas College

▼▲
I'm the author/artist and I want to review Abrahamic Religions: On the Uses and Abuses of History.
Back