Above Us Only Sky
By: Don Cupitt 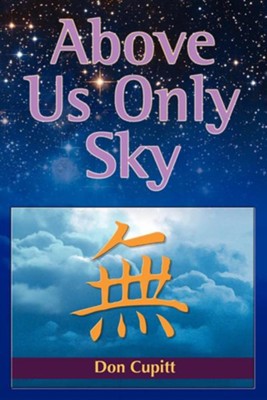 Above Us Only Sky

▼▲
Don Cupitt believes that a new and truly global religious consciousness has been quietly easing itself in around the world. It does not need any visible organization and does not make any non-rational doctrinal claims. It is the religion of lifea secular, purely this-worldly, and radically-democratic affirmation of ordinary life. Where prescientific ages saw Heaven, he says, we see only sky. We have given up belief in a supernatural world, and we have felt compelled to break with the received ecclesiastical form of Christianity. But the Christian spirit of critical thinking, of systematic self-criticism and perpetual reform, has spread around the whole world in modern science, technology, critical history, and liberal democracy. In Above Us Only Sky, in 27 brief slogans, he presents a systematic theology of this religion of ordinary life, setting it against its philosophical background, its spirituality and its relation to other faiths. It is, he says, the legacy and the long-awaited fulfillment of Christianity.

▼▲
I'm the author/artist and I want to review Above Us Only Sky.
Back
×