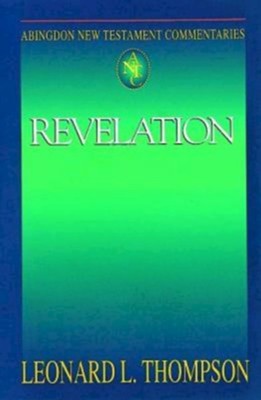 In this lucid exposition, an acclaimed interpreter shows that the book of Revelation is to be read as a unified work of religious poetry aimed at extricating Christians from Roman society, in which they were living quietly and peacefully. Thompson considers connections between John’s negative view of society and his social location as a wandering prophet, compares his visionary experience with that of other prophets and seers, especially in Judaism, notes similarities between the depictions of Christ and Satan in Revelation and portraits of heroes and demons in other writings of the time, and emphasizes that John’s vision of heaven and the future were intended to infuse everyday Christian life with confidence in the goodness and ultimate triumph of God.

“Thompson’s commentary on Revelation is written in an engaging literary style and, by presenting perceptive comparisons and contrasts with both Greco-Roman and Jewish literature—canonical and non-canonical—he highlights the distinctive features of this book. He deals effectively with the rhetorical and even the epistemological dimensions, while offering an illuminating and convincing proposal for the structure and thematic development of Revelation. In short, it is a most revealing and insightful analysis of this challenging early Christian writing, as it shows how this book addresses perennial human questions about divine purpose and human destiny.” –-Howard Clark Kee

▼▲
I'm the author/artist and I want to review Abingdon New Testament Commentary - Revelation - eBook.
Back
×
Back
×