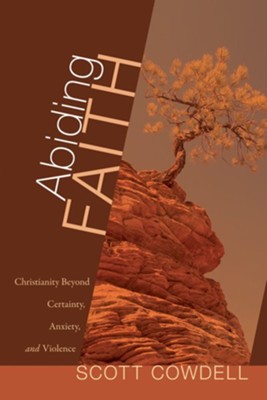 ▼▲
Australian theologian Scott Cowdell explores how "having faith" has changed under the influence of modernity and post-modernity in the West. He returns faith from pious sentimentality and arid philosophy of religion to the realm of "participating knowing," "paradigmatic imagination," and personal transformation where it belongs as a "form of life," shaped by encounter with Jesus Christ and worked out through the Eucharistic community. This is shown to have been the typical understanding of faith from Saint Paul to the Fathers to the medieval monastic theologians. Since the rise of nominalism, however, modern individuals reflecting a God newly remote from the world have struggled to maintain this participatory vision of faith as a formative habitat. Mysticism is as close as modernity got, while "officially" faith was annexed by modern Western culture, coming to share its anxious need for certainty and control--systemic, exclusive, and violent-tending. Scott Cowdell has written a wide-ranging book, bringing together several normally separate debates while tackling the problem from a distinctive perspective. He explores faith against the backdrop of secularization, the collapse of community, and the encroachment of an intentionally destabilizing consumer culture. He expounds the nature of desire in terms of imitation and rivalry, and the violent false-sacred roots of cultural formation evident in the modern West's many victims, all according to the uniquely comprehensive vision of Rene Girard. Finally, he dismisses today's growing mood of militant religious skepticism as philosophically outdated and out of its depth before the resilient confidence of a genuine living faith. What Cowdell calls "abiding faith" emerges as a venerable yet strikingly contemporary possibility. This is good news for today's "homeless hearts"--there is the gift of a secure identity and a mature spirituality on offer, within a liberating, inclusive, world-affirming, ecclesial form of life.

▼▲
Scott Cowdell is an associate professor at Charles Sturt University, Australia and holds a research fellowship in public and contextual theology. An Anglican priest, he is Canon Theologian of the Diocese of Canberra and Goulburn.

▼▲
I'm the author/artist and I want to review Abiding Faith: Christianity Beyond Certainty, Anxiety, and Violence - eBook.
Back
Back