We are OPEN and SHIPPING - click here for shipping estimates
PRE-SUMMER CYBER SALE EXTENDED thru 6/1 ~ Over 2,500 items up to 90% off
Abel's Song - eBook
By: D.K. Leighfield 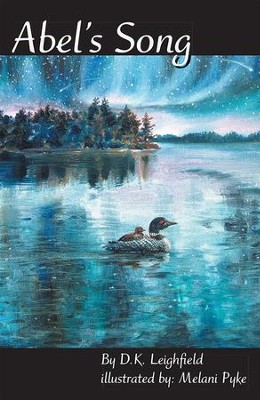 Long ago in the far-off Northern Lands

An egg is laid

A chick is hatched

And the adventure of a lifetime

Abel was the son of the loon chieftain. He was bigger, stronger, and faster than any other chick in the colony. But there was one thing he couldnt do Abel could not sing.

Rejecting his father and his teachings, Abel sets out on the lake to prove his independence. But a danger awaits that will soon test the prodigal loon chick in ways that he could never imagine.

A story of rebellion, redemption, and the love of a father that defies all understanding