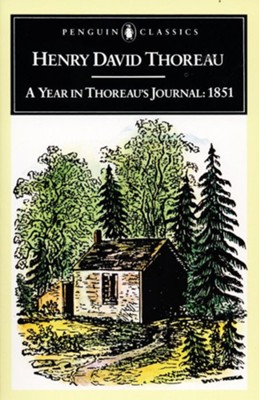 ▼▲
Thoreau's journal of 1851 reveals profound ideas and observations in the making, including wonderful writing on the natural history of Concord.

▼▲
Thoreau's journal of 1851 reveals profound ideas and observations in the making, including wonderful writing on the natural history of Concord.