Skip to main content
A World Without Islam - eBook
By: Graham E. Fuller
Stock No: WW7831EB 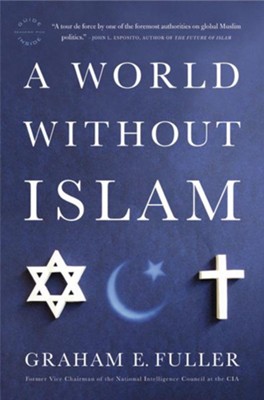 A World Without Islam - eBook

▼▲
What if Islam never existed? To some, it's a comforting thought: no clash of civilizations, no holy wars, no terrorists.

But what if that weren't the case at all? In A World Without Islam, Graham E. Fuller guides us along an illuminating journey through history, geopolitics, and religion to investigate whether or not Islam is indeed the cause of some of today's most emotional and important international crises. Fuller takes us from the birth of Islam to the fall of Rome to the rise and collapse of the Ottoman Empire. He examines and analyzes the roots of terrorism, the conflict in Israel, and the role of Islam in supporting and energizing the anti-imperial struggle. Provocatively, he finds that contrary to the claims of many politicians, thinkers, theologians, and soldiers, a world without Islam might not look vastly different from what we know today.

Filled with fascinating details and counterintuitive conclusions, A World Without Islam is certain to inspire debate and reshape the way we think about Islam's relationship with the West.

▼▲
Graham E. Fuller is a former vice chairman of the National Intelligence Council at the CIA, in charge of long-range strategic forecasting. He is an adjunct professor of history at Simon Fraser University and the author of numerous books about the Middle East.

▼▲
In this wide-ranging historical text, Fuller, former vice chairman of the National Intelligence Council at the CIA, suggests that many of the current tensions that exist between the East and the West have geopolitical rather than religious origins and that these tensions would have arisen in a "world without Islam." The author opens the book with a theological analysis that emphasizes the continuities among the three Abrahamic faiths. He then pivots to an extended history of the Christian world that focuses on the conflict between Latin and Byzantine Europe, pointing out that the schism between them largely motivated the Crusades. The book then covers the relationship of Islam to Russia, India, and China before turning to the Muslim world specifically, surveying its centuries-long decline from a position of cultural, political, and economic dominance. Fuller covers an extraordinary number of subjects lucidly, and whether readers are persuaded by his valorization of geopolitics above religion, he cogently lays out the complex causes of contemporary conflicts and makes bold policy recommendations that move conversations about East-West relations beyond religious and ideological divides. (Aug.) Copyright 2010 Reed Business Information.

▼▲
"Fuller has been a voice of reason and calm in an otherwise hysterical debate about the root causes of the contemporary logjam....[A World WithoutIslam] is a needed corrective, a sober call not to settle for historical pabulum and instead recall a past and recognize a present that is far more complicated and layered than any polemic would have us believe."—Zachary Karabell, Los Angeles Times
"Fuller dares to suggest that overcoming the twenty-first-century anti-Western animosities of Middle Eastern Muslims requires an honest and historically informed assessment of economic and political inequities that moves us beyond a fixation on religious issues. This exceptional inquiry finally sustains a quite specific-and controversial-set of recommendations for reframing American foreign policy."—Booklist
"Well-reasoned...Fuller's book is indeed a useful corrective."—Ishaan Tharoor, Time
"Another must-read by one of the most thought-provoking writers on Islam and the Middle East."—Reza Aslan, author of No god but God and Beyond Fundamentalism
"A tour de force by one of the foremost authorities on global Muslim politics."—John L. Esposito, author of The Future of Islam

▼▲
I'm the author/artist and I want to review A World Without Islam - eBook.
Back
Back