Skip to main content
SPRING CYBER EVENT STARTS NOW: And it's a really BIG deal! Up to 88% off through 5/24>
A Wheel within a Wheel
By: Frances E Willard
Stock No: WW94497 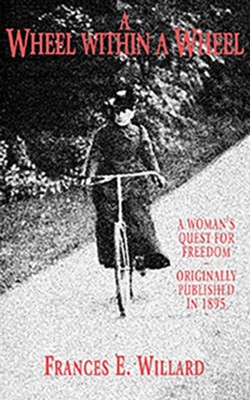 A Wheel within a Wheel

▼▲
Written toward the turn of the nineteenth century by Frances Willard, the founder of the WCTU (Women's Christian Temperance Union) and well-known suffragette, A Wheel Within a Wheel offers lively insight into the mind of an independent woman who also reflected the temper of her times. Brave enough to take up bicycle riding when she was fifty-three years old, Willard reported that her bicycling costume "consisted of a skirt and blouse of tweed, with belt, rolling collar, and loose cravat, the skirt three inches from the ground; a round straw hat, and walking-shoes with gaiters. It was a simple, modest suit, to which no person of common sense could take exception."

▼▲
I'm the author/artist and I want to review A Wheel within a Wheel.
Back