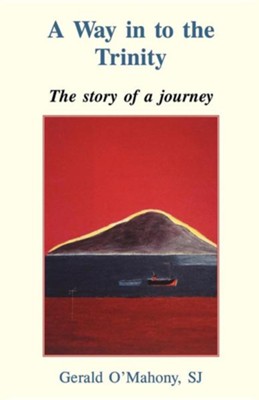 A Way in to the Trinity

▼▲
God is: unconditional love, gratefully received, safely returned. The way in to the Trinity for anyone is a way in to the mystery of love, and the story turns out to have a happy ending. The mystery of the Trinity was revealed to us, not to stop us thinking, but to start us loving. "I have never read anything on the Trinity which is as life-giving as this book. The mystery, instead of appearing unintelligible and better left alone, remains mystery, but becomes something exciting, energizing, a source of life, the source of our own lives, which can never be exhausted by any amount of exploration" Gerard W Hughes SJ GeraldO'Mahony completed this book in his 50th year as a Jesuit, his 38th as a priest, and his 20th year as a retreat director and author working in Loyola Hall Jesuit Spirituality Centre in England.

▼▲
I'm the author/artist and I want to review A Way in to the Trinity.
Back