Skip to main content
A Trappist Meeting Monks from Tibet
By: Bernard de Give
Stock No: WW445355 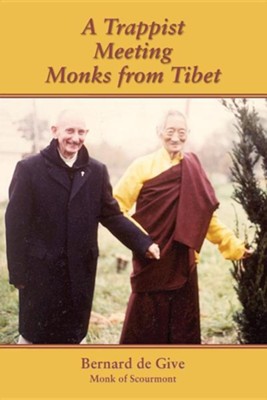 A Trappist Meeting Monks from Tibet

▼▲
BERNARD DE GIVE, for many years a member of the Society of Jesus, was for eight years a seminary professor, first in Sri Lanka then in India, before pursuing oriental studies at Oxford, where he formed friendships with Tibetan monks. Since becoming a Trappist in 1972, the author has enjoyed meeting monks of other religions: Hindu Swamis, Jain ascetics, Buddhist monks and, above all, Tibetan Lamas. In 1977, a Benedictine and Cistercian Commission for Monastic Interreligious Dialogue (DIM - MID) was established, and it was under these auspices that the author was able to visit numerous Tibetan centres in Western Europe but also in India and in Tibet itself. The invasion of Tibet by the Chinese communists in 1950, followed by the voluntary exile of the Dalai Lama and large numbers of Tibetans, overturned the political and cultural circumstances of a country which, though fiercely isolated for centuries, now found itself suddenly propelled beyond its borders. This traditional culture thus became accessible to Westerners who were eagerly seeking a form of spirituality which corresponded to their needs and their anxieties. The author, though he has a most real sympathy towards the Dharma and its followers, is not a Buddhist, nor even a seeker. While stressing the 'obvious and considerable' doctrinal differences, he experiences an undeniable sense of encounter in depth with Tibetan Buddhists: 'The truest essence of the dialogue partners, especially when they are monks, encounters a kindred spirit. Whether in conversation or in silence, they find themselves in total dialogue.'

▼▲
I'm the author/artist and I want to review A Trappist Meeting Monks from Tibet.
Back