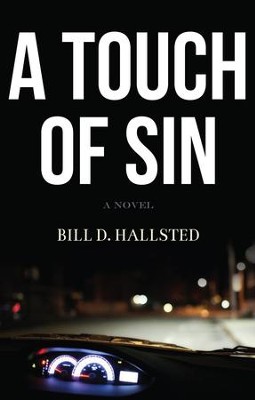 A Touch of Sin - eBook

▼▲
What do you think youre doing? Titus yelled as the gang-banger blocking his car stepped out. Go away! Leave me alone! The man named Jesus grinned wickedly. Judgment day, preacher man, he said. Tell me where the money is, or you aint gonna make it home. Then I will go get your pretty blonde wife. And your daughter, too, preacher man. Now tell me where the money is, or Ill tell you what Im going to do to both of them. Titus grabbed the still-new gun and raised it, steadying his shaking hand on the top of the open car door. Just stop right there! Ive got a gun. Surprise etched the others face. His hand darted inside his own jacket. Fear gripped Titus. He jerked. His gun discharged. Panic seized him. He squeezed the trigger again and again. How had things come to this? How could he, a devout and sincere man of God, be involved in a shoot-out with a member of a drug gang on a lonely road? How could he have done any of the things he had done in the past month? Had he traveled so far down this road there was no way back?

▼▲
I'm the author/artist and I want to review A Touch of Sin - eBook.
Back
Back