We are OPEN and SHIPPING - click here for shipping estimates
A Touch of Gold - eBook
By: Annie Sullivan 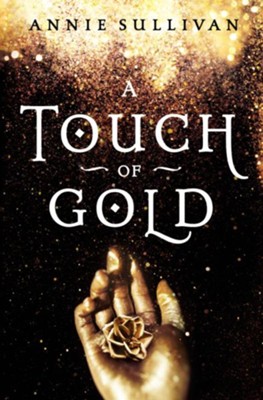 A Touch of Gold - eBook

Gold is wealth. Wealth is power. Power is a curse. This captivating fantasy adventure—the untold story of the daughter King Midas turned to gold—will dazzle you with the kind of action, adventure, twists, turns, and a bit of romance to make any fan of magic and mythology greedy for more.

After King Midas’s gift—or curse—almost killed his daughter, he relinquished The Touch forever. Ten years later, Princess Kora still bears the consequences of her father’s wish: her skin shines golden, rumors follow her everywhere she goes, and she harbors secret powers that are getting harder to hide.

Kora spends her days concealed behind gloves and veils. It isn’t until a charming duke arrives that Kora believes she could indeed be loved. But their courtship is disrupted when a thief steals treasures her father needs to survive. Thanks to Kora’s unique ability to sense gold, she sails off on her quest to find the missing items.

Magic, mythology, fantasy, and pirate adventures charge through every page as Kora learns that not everything is what it seems—not her companions, not the thieves, and not even Kora herself.

A Touch of Gold:

Annie Sullivan grew up in Indianapolis, Indiana. She received her Masters degree in Creative Writing from Butler University. She loves fairytales, everything Jane Austen, and traveling. Her wanderlust has taken her to every continent, where she’s walked on the Great Wall of China, found four-leaf clovers in Ireland, waddled with penguins in Antarctica, and cage dived with great white sharks in South Africa. You can follow her adventures on Twitter (@annsulliva) or on her blog: anniesullivanauthor.wordpress.com.

▼▲
'The writing in A TOUCH OF GOLD is phenomenal. It's fast paced in all the right places with nonstop action, unbelievable adventure and fantastic magic that keeps readers wanting more.'
'A dazzling retelling full of adventure with a dash of betrayal, A Touch of Gold will grab your heart and not let go.'
'This debut holds no surprises, but fans of reimagined fairy tales may find Kora's maritime adventures, and her hopeful romance with a young man also touched by a curse, a diverting addition to the genre.' -- Carolyn Kelly