Skip to main content
A Time to Love (Quilts of Lancaster County Series #1) - eBook
By: Barbara Cameron
Stock No: WW18023EB 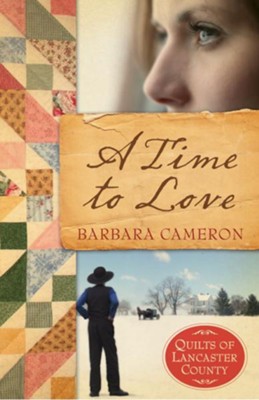 A Time to Love (Quilts of Lancaster County Series #1) - eBook

▼▲
War correspondent Jennie King thinks she's just a temporary guest in her grandmother's Amish community while she recuperates from the devastating injuries sustained in a car bomb attack that changed her world. But when she meets Matthew Bontrager, the man she had a crush on as a teenager, she wonders if God has a new plan for her. Jennie has emotional and physical scars and though she feels she has come home to this man and this place, she's not sure she can bridge the difference between their worlds.

▼▲
If you feel the desire to read a modern-day love story, Barbara Camerons A Time to Love would be a perfect choice. The main character, Jenny, struggles to recover from her physical and emotional injuries after being seriously hurt in the line of work. Jenny had been employed as a reporter for a television network that brought news of disadvantaged and abused children in other countries. While working on a story, Jenny was injured by a car bomb. After several operations, Jenny convalesces at the home of her grandmother, who is Amish. While recovering at her grandmothers house, Jenny is reunited with her childhood love, Matthew. Matthew is a handsome Amish widower with three young children. Throughout Jennys stay at her grandmothers house, the love between Matthew and Jenny flourishes, and decisions about Jennys future as an Englischer are considered.

The narration of this book switches back and forth between the two main characters, Jenny and Matthew. From the moment Jenny arrives at her grandmothers house, she and Matthew seem to be rekindling former feelings for each other. It almost seems that, even thought Matthew has been married, he never stopped loving Jenny. Matthews wifes died of cancer three years previous to the start of this story, and he has had to rear his three wonderful children as a single parent; yet, the moment Jenny returns to town, he seems smitten by her. His attempts to hesitation and restraint are futile. Barbara Cameron uses vivid description skills to portray an image that many people have not seen: a traditional Amish wedding.

Camerons plot is a standard love story with a happy ending. Her loyalties to and thoughts about fame as a TV reporter often clash with her old world Amish values of simplicity and virtue, making her seem fickle. Another issue with Jennys character is that she is never described in detail as to her physical appearance, so she is always hard to envision as a tangible character.

The setting of this story is distinctive, and the plot is something romantics will truly enjoy. The execution of the storyline, however, is a bit of a problem. The over-use of dialogue in the beginning of the book makes the story hard to understand and jump into. As the book continues, the balance between thought, description, and dialogue is better distributed. A Time to Love has a unique clash of cultures with interesting people, and is best as a light-reading selection.  Meghan Cousins, www.ChristianBookPreviews.com

▼▲
I'm the author/artist and I want to review A Time to Love (Quilts of Lancaster County Series #1) - eBook.
Back
Back