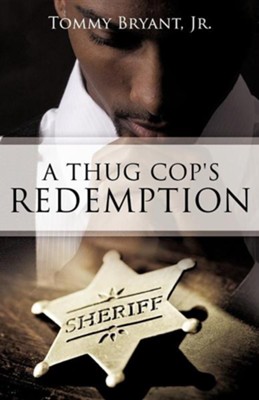 ▼▲
A Thug Cop's RedemptionWhy does the word, "Thug" sound so bad but seems to be a good thing for so many? Many of us were sinners saved by grace. Are we simply thugs in need of redemption? No matter what religious titles we give ourselves, or careers we endeavor to pursue, could it be possible that the, "Thug Nature" is lying dormant within us awaiting the opportunity to manifest?Minister T. Bryant Jr. was born in Savannah, GA. He was raised in a Christian upbringing, the oldest of eight siblings. He attended Chatham County Schools, served in the United States Army and furthered his education while stationed in Texas and Europe. Minister Bryant strayed from his Christian roots, honorably discharged from the military to become a Police Officer in his home town...While a cop and trying to fulfill that empty void in his heart, Bryant began to chase after worldly treasures. After all those things failed him, the thing he greatly feared came upon him. This book is a must read for every prisoner, entrepreneur, saint, and sinner. This minister shares how he discovered he was a thug in need of redemption.Prison saved Tommy's life, while in he discovered his gifts, calling, and purpose in The Kingdom of God. He became a Minister of Music, musician, worship leader, songwriter, psalmist, leading staff and inmates to Christ in every facility he was sent to serve. Tommy was taught how to tap into the power within to experience specific answers to prayer and results where he birthed his Proverbs 31, Ruth 3:11 wife, Amiee. They have a combined total of 8 children and 2 grandchildren. What the enemy meant for evil, God turned around and blessed abundantly. God can and will do the same for you.

▼▲
I'm the author/artist and I want to review A Thug Cop's Redemption.
Back