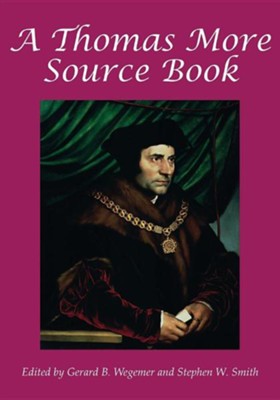 This source book brings together classic texts by and about Thomas More--poet, scholar, statesman, family man, educational reformer, philosopher, historian, and saint. Thomas More is the first major figure of the English Renaissance, acclaimed in his own age but surprisingly unstudied in our own.

In addition to serving as an introduction to More's life and writings, this collection is a helpful companion to the study of More's literary and philosophical masterwork, Utopia, and to the study of sixteenth-century history, literature, philosophy, or politics. The writings focus upon More's articulations of education, political theory, church-state relations, love and friendship, practical politics, and the vexing issues of conscience. They shed light on the distinctive Christian humanism that More expressed and embodied. Also included in this book are three famous sixteenth-century accounts of More's life by Erasmus, Roper, and a team of London playwrights including William Shakespeare.

▼▲
I'm the author/artist and I want to review A Thomas More Sourcebook.
Back