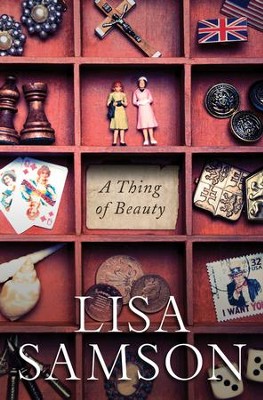 A Thing of Beauty

▼▲
Former child star Fiona Hume left the biz a decade ago, after she left rehab. She retreated to Baltimore and bought an old mansion downtown with dreams of restoring it into a masterpiece-maybe creating an artist's studio for herself. And living an artist's life. That was the plan.

Ten years later, Fiona's huge house is filled with junk purchased at thrift stores, yard sales, or picked up from the side of the road. Each piece was destined for a project, but all she's got so far is a piece of twine with some antique buttons threaded down its length. Her money has almost run out. She will soon lose her house and will be forced back into acting.

Content Disclaimer: This book contains language which may be considered offensive.

▼▲
I'm the author/artist and I want to review A Thing of Beauty.
Back
×