Skip to main content
A Theatre of Envy
By: Rene Girard
Stock No: WW445105 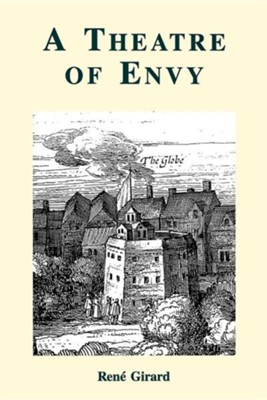 A Theatre of Envy

▼▲
In this groundbreaking work a foremost literary and cultural critic turns to the major figure in English literature William Shakespeare and proposes a dramatic new way of reading and performing his works. The key to A Theatre of Envy is Rene Girards's original expression and application of what he calls Mimetic Theory. For Girard, people desire according to the desires of others. He sees this as fundamental to the human condition and works out its implications in a most convincing and ultimately, easily comprehensible way. Bringing his insights to bear on Shakespeare, Girard reveals the previously overlooked coherence of problem plays like Troilus and Cressida and makes a convincing argument for elevating A Midsummer Night's Dream from the status of entertaining chaotic comedy to a profound and original commentary on the human condition. Shakespeare transforms the crude literary form of revenge tragedy into a profound and prophetic unmasking of violence - even more relevant today than in his time.Throughout this impressively sustained reading of Shakespeare, Girard's prose is sophisticated enough for the academic as well as being accessible to the general reader. Anyone interested in literature, anthropology, psychology and particularly, theology as relevant to the overriding contemporary problems of violence in all its forms will want to read this challenging book. All those involved in theatrical productions and performance will find A Theatre of Envy full of exciting and practical ideas.'In its enormous breathtaking scope, (Rene Girard's work) suggests...the projects of those 19th century intellectual giants (Hegel, Marx, Nietzsche and Freud) who still cast such long shadows today. By contrast, contemporary criticism seems paltry and fainthearted.' Comparative LiteratureRene Girard was born in Avignon, read cultural history in Paris and in 1947 went to the USA where he has for the last 50 years held a number of prestigious academic posts. He has written more than half a dozen books, best known of which are, Violence and the Sacred, The Scapegoat, and Things Hidden Since the Foundation of the World, he has also been featured in many interviews and magazine articles. His Martin D'Arcy Lecture - "Victims, Violence and Christianity" - delivered in Oxford in November 1997, aroused the enthusiastic interest of a wide variety of British experts in many fields as well as those involved in the wider and increasingly significant world of contemporary spirituality in all its popular and peremptory expressions. While not giving a naive answer Rene Girard does provide a profound and practical way to unmask violence not only in Shakespeare's world, but in our own.

▼▲
I'm the author/artist and I want to review A Theatre of Envy.
Back