Skip to main content
A Survival Guide for Heretics
By: Aaron Van Voorhis
Stock No: WW603913 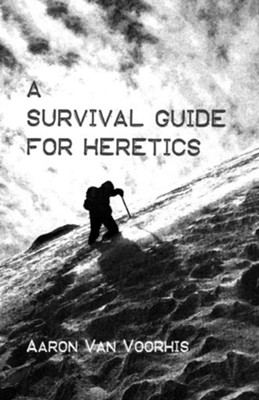 A Survival Guide for Heretics

▼▲
So many people are leaving the church today because of its hypocrisy, bigotry, and intellectual dishonesty. Such ""heretics"" find themselves in exile, wondering if there is anything worth holding onto regarding Christianity and faith. The answer is: Yes, but probably not in the way you think. A Survival Guide for Heretics reveals that the scandalous heart of Christianity is about the death of religion and the resurrection of a new way of living in the world called the kingdom of God. Drawing upon the fields of psychology, philosophy, and Radical Theology, this book guides readers step by step through their own spiritual journeys and reveals how they got where they're at and how to move forward. Along the way, Aaron Van Voorhis addresses some of the hardest questions perplexing Christians today and offers some surprising answers. As a pastor, Aaron uses his personal story and the story of his church as examples of how Christianity might be embodied in the twenty-first century. Deeply informed by the work of Peter Rollins and John D. Caputo, among others, A Survival Guide for Heretics is a very accessible and necessary book for anyone struggling with their faith. ""It is lamentably rare to see radical theology applied within actually-existing Christianity. There is a critical gap between sophisticated theory and lived practice, though in recent years this gap is beginning to close. This book is part of that closure, and Van Voorhis is working in the vanguard of those applying this defiant theology within a community. Heresies can be antidotes or poisons, but, of course, they must always be defiant."" --Tad DeLay, PhD, author of God Is Unconscious: Psychoanalysis & Theology ""'The name of God is the name of the chance for something absolutely new, ' says John Caputo. Van Voorhis has done a remarkable job letting us in on his journey toward that something new and by using M. Scott Peck's schema about the stages of religious growth and change he helps us understand not only the trajectory of his thinking but how he got there. A must-read for all who find themselves walking unfamiliar territory in the name of God."" --Barry Taylor, writer, speaker, and teacher of religion, theology, and culture ""Aaron Van Voorhis isn't offering his advice from the sidelines, or from the safety of his church basement. He has journeyed into the storm himself and helped others find the courage and conviction to do the same. He has been undone by the violent rains, and felt their transformative power. Because of this, he has offered the perfect guide for others ready to do the same."" --Peter Rollins, author of The Idolatry of God and The Divine Magician Aaron Van Voorhis is the lead pastor of Central Avenue Church in Glendale, California. He holds a BA in biblical studies from Lipscomb and an MDiv from Fuller Seminary.

▼▲
I'm the author/artist and I want to review A Survival Guide for Heretics.
Back