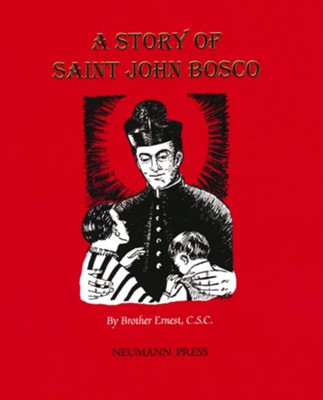 A Story of Saint John Bosco

▼▲
John Bosco is a favorite saint of all Catholic youth but especially of boys. A Story of Saint John Bosco details the life of this great saint.

He was born in 1815 in Italy and while growing up, he loved to do various tricks, juggling and accomplishing special athletic feats. He unofficially became the village "entertainer." John took a special interest in organizing the "rough" young boys of the town. He showed them tricks and played sports games with them, but he would always take a little time to teach them some catechism lessons and lead them in prayer. He became their hero. While working his way through school, he also learned to be a baker, a tailor, a carpenter, and an iron-worker. He used these skills after he joined the seminary by starting a very successful school for boys. Finally, after meeting with the Pope Pius IX he received permission to start a new community and seminary known as the Salesian Society. He also started a community of Sisters.


This is a very interesting story about the life of John Bosco, a story that has had a great influence on Catholic youth the past 100 years. He was declared a saint in 1934. Fully illustrated.

▼▲
I'm the author/artist and I want to review A Story of Saint John Bosco.
Back