Skip to main content
CUSTOMER APPRECIATION SALE: Thousands of starry deals through 6/22!
A Step from Death: A Memoir
By: Larry Woiwode
Stock No: WW433731 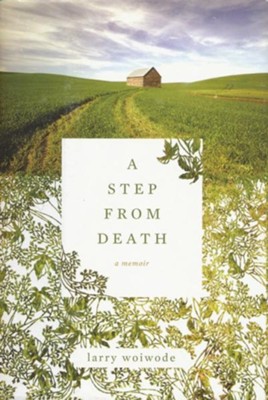 A Step from Death: A Memoir

▼▲
Larry Woiwode, the poet laureate of North Dakota and a farmer, has written a memoir sparked by a near-death experience he had working on his farm. He reflects on his early life as a writer in New York to becoming a new husband and father. His addresses are written to his son and explore the bond between fathers and sons, and the joys and pain of life.

▼▲
Larry Woiwode's literary fame began with his first novel, the 1969 classic What I'm Going to Do, I Think, and continued unabated through his brilliant 2000 memoir What I Think I Did. In this deeply affecting follow–up to the latter, Woiwode addresses his son as heir to his emotional interior. With vibrant wordcraft and a poetic sensibility, Woiwode begins his story by relating a near–death experience with a malfunctioning hay baler — the kind of mistake that can kill a novice farmer. This episode is the first skein in a rich tapestry of memories, from colorful snippets of Woiwode's time in New York as a young writer working with the late, great William Maxwell, to his days as a young father, husband, and teacher trying to scrape enough together to buy a ranch in western North Dakota, and finally to the prospect of an empty nest and the step from death that he finds rapidly approaching.

▼▲
Larry Wiowode is the poet laureate of North Dakota. His fiction has appeared in The Atlantic, Esquire, Harper's, The New Yorker, and many other publications. His first novel, What I'm Going To Do, I Think, received the William Faulkner Foundation Award; his second, Beyond the Bedroom Wall, was a finalist for both the National Book Award and the National Book Critics Circle Award. He lives in western North Dakota with his wife.

▼▲
I'm the author/artist and I want to review A Step from Death: A Memoir.
Back
Back