Skip to main content
A Spiral Into Marvelous Light - eBook
By: Michael Gryboski
Stock No: WW101945EB 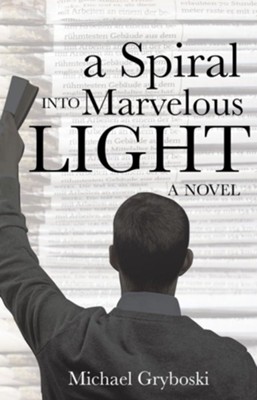 A Spiral Into Marvelous Light - eBook

▼▲
For decades, the Reverend Sammy Milton was a force in American politics. An outspoken leader of the religious right, Milton divided his time between evangelizing the lost and galvanizing conservative voters. His rhetoric was polarizing, his positions were divisive, and he garnered many enemies over the years. When news outlets carried word of his death, many openly expressed joy at his passing.

Scott Addison was a product of his time. A liberal journalist working in the nations capital, he cared little for religion one way or the other. He held, like so many of his peers, a thoroughly negative opinion of the infamous figure. On the day Milton died, Addison was assigned to write an in-depth story meant to bury the fundamentalist preacher in vitriol. He expected the piece to be an easy one.

However, as he talked with those who knew Milton, both friend and foe alike, Addisons image of the late preacher became more complicated, and found that far from a simple assignment, the story would take him to places he never thought possible.

A Spiral Into Marvelous Light is a thought-provoking and heartfelt examination of how one life can influence so many others, including those who were not in the same camp or faction.

▼▲
I'm the author/artist and I want to review A Spiral Into Marvelous Light - eBook.
Back
Back