We are OPEN and SHIPPING - click here for shipping estimates
A Sparrow Alone - eBook
By: Alicia Petersen 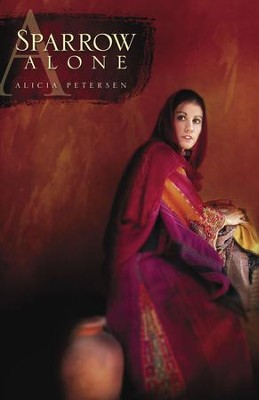 ▼▲
Alicia Petersen’s historical fiction book A Sparrow Alone is set in first century Jerusalem. The lives of two Jewish teens are changed forever by the malicious death of their parents at the hands of soldiers in Roman-occupied Jerusalem. Seventeen-year-old Mala sews for the wives of Roman aristocrats and seeks comfort in the hope of a coming Messiah; her older brother Abdon is consumed with anger and joins a renegade band committed to acts of treachery. In this Christian fiction book, the village is shaken when one of its citizens is transformed and the claims of Jesus of Nazareth must be considered.

▼▲
I'm the author/artist and I want to review A Sparrow Alone - eBook.
Back
×
Back
×