BIG SUMMER BLOWOUT: 3 Days Only! Save up to 90% thru Wednesday. Shop now >
A Single Light, Large-Print Hardcover
By: Tosca Lee 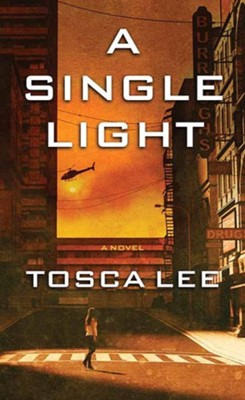 ▼▲
Six months after vanishing into an underground silo with sixty others, Wynter and Chase emerge to find the area abandoned. There is no sign of Noah and the rest of the group that was supposed to greet them when they emerged — the same people Wynter was counting on to help her locate the IV antibiotics her gravely ill friend, Julie, needs in order to live. As the clock ticks down on Julie’s life, Wynter and Chase embark on a desperate search for medicine and answers. But what they find is not a nation on the cusp of recovery thanks to the promising new vaccine Wynter herself had a hand in creating, but one decimated by disease. What happened while they were underground?

▼▲
I'm the author/artist and I want to review A Single Light, Large-Print Hardcover.
Back
×