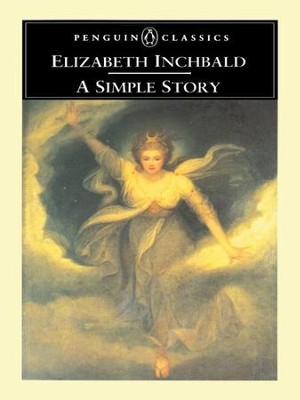 ▼▲
A Simple Story by the actress, playwright and novelist Elizabeth Inchbald has remained enduringly popular and almost continuously in print since its first publication in 1791.

In her use of dramatic methods—expressive gestures, delayed revelations and economical dialogues—to present these two versions of the same power-struggle between an older father-lover figure and a young girl, Inchbald achieves a psychological intensity and subtlety of characterization rarely found in other late eighteenth-century novelists.