We are OPEN and SHIPPING - click here for shipping estimates
PRE-SUMMER CYBER SALE EXTENDED thru 6/1 ~ Over 2,500 items up to 90% off
A Silent Night on Elsenborn Ridge
By: Joel F. Pannebaker 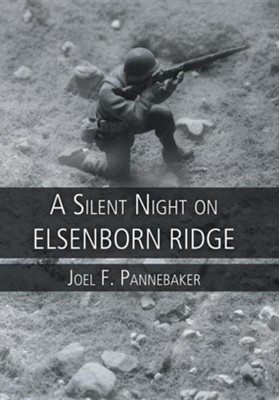 A Silent Night on Elsenborn Ridge

First Lieutenant Joshua Jeffreys comes face to face with the reality that "war is hell" during the Battle of the Bulge. His unit is torn apart by the advancing German forces, and he is thrust into a nightmare of blood, death, and faith-shaking trials. Jeffreys gathers together a group of stragglers, leading them behind enemy lines. Lost and wounded, this band of strangers must quickly come together in order to survive. As war is raging around him, First Lieutenant Jeffreys navigates the battlefield while struggling internally with nagging doubts that cause his faith to waver. The outcome of his personal torment is as questionable as is the fate of his small group of GIs. The Battle of the Bulge cost the United States Army thousands of soldiers--captured, killed, wounded. If Jeffreys makes a mistake, he and his men will be part of these casualties, but the torture of his soul may be the ultimate cost of this battle.

▼▲
I'm the author/artist and I want to review A Silent Night on Elsenborn Ridge.
Back
×