We are OPEN and SHIPPING - click here for shipping estimates
A Short Life Well Lived
By: Tom Sullivan 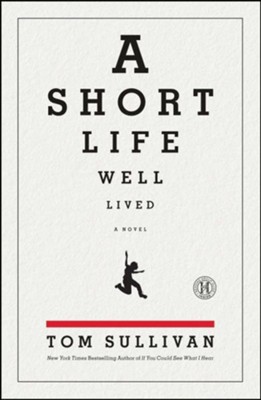 ▼▲
Brian O'Connor has spent a lifetime proving he can conquer life's trials.Despite his blindness,he's built a solid life with a loving wife, two children others say are as beautiful outside as Brian knows them to be inside, anda thriving legal career in Boston.But hard work doesn't stave off tragedy.A truth that crashes into Brian's life when his young son is diagnosed with cancer.The long ensuing battle brings Brian to his knees as he comes to terms with his own limitations and his need for faith.

▼▲
Brian O'Connor is a successful lawyer, loving husband, and devoted father. He also happens to be blind. Driven his entire life to be independent, Brian has achieved much, but he has been so busy proving his triumph over blindness that he hasn't stopped to consider how his carefully crafted life can all come crashing down in an instant. When his young son is diagnosed with cancer, the long ensuing battle brings Brian to his knees as he comes to terms with his own limitations and his need for faith.

▼▲
Tom Sullivan is an actor, singer, entertainer, author, and producer. Tom’s guest stints on television led to two Emmy nominations. A major motion picture was based on his autobiography, If You Could See What I Hear. Tom now writes and produces for television and film and is a highly sought-after motivational speaker. He is the author of fiction, nonfiction, and children’s books.

▼▲
I'm the author/artist and I want to review A Short Life Well Lived.
Back
×