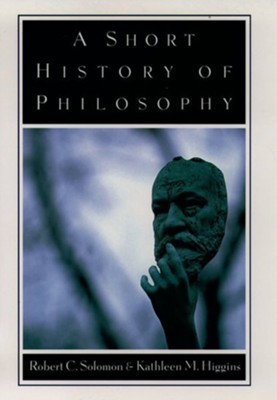 A Short History of Philosophy

▼▲
In this accessible and comprehensive work, Robert Solomon and Kathleen Higgins cover the entire history of philosophy--ancient, medieval, and modern, from cultures both East and West--in its broader historical and cultural contexts. Major philosophers and movements are discussed along with
less well-known but interesting figures. The authors examine the early Greek, Indic, and Chinese philosophers and the mythological traditions that preceded them, as well as the great religious philosophies, including Christianity, Hinduism, Judaism, and Taoism. Easily understandable to students
without specialized knowledge of philosophy, A Short History of Philosophy demonstrates the relevance of philosophy to our times, illuminating the impact of the revolutions wrought by science, industry, colonialism, and sectarian warfare; the two world wars and the Holocaust; and the responses of
philosophy in the schools of existentialism, postmodernism, feminism, and multiculturalism. In addition, the authors provide their own twists and interpretations of events, resulting in a broad view of the nature of philosophy as an intellectual discipline and its sometimes odd and dramatic
consequences.

▼▲
"An audacious, incisive, and engaging history that breaks new ground in conveying so succinctly the extraordinary scope and depth of philosophical inquiries throughout the world. In so doing, it offers a welcome antidote to the many efforts to routinize, isolate, and constrict the study of
philosophy or to dismiss it as outdated or irrelevant. Never dull, this volume will challenge, surprise, sometimes provoke readers and, throughout, invite them to argue, to try out new perspectives, to go back to the original sources, and thus to become more active participants in perennial
philosophical debates that remain as indispensable as ever."--Dr. Sissela Bok, Distinguished Fellow, Harvard Center for Population and Development Studies, author of Lying: Moral Choice in Public and Private Life and Secrets: On the Ethics of Concealment and Revelation

▼▲
I'm the author/artist and I want to review A Short History of Philosophy.
Back