Skip to main content
A Shiver of Wonder
By: Derick Bingham
Stock No: WW30732X 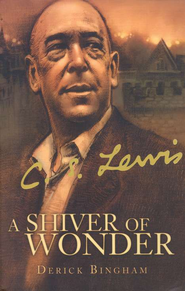 A Shiver of Wonder

▼▲
He was an intellectual prig who transformed into a man who had a mind and heart awaken to holiness. He had no posterity, but few men in history have been so deeply loved by children. He was but a mirror reflecting another Face. He was an Oxford Don and a Cambridge Professor. He was an expert in Medieval and Renaissance English who gripped the imagination of millions thorugh his wartime broadcasts of Christian truth for the BBC-broadcasts that later became his famous book, Mere Christianity.He was C.S. Lewis, a name synonymous with legendary kindness, intellectual rigour, a love of anture and perhaps his greatest creation, Aslan and the land of Narnia. His writings still compel countless readers to shiver with wonder at the great imagination and depth of understanding he possessed. Controversial genius that he was, his life is a beacon for all who struggle with doubt and faith in Christ.

▼▲
I'm the author/artist and I want to review A Shiver of Wonder.
Back
Back