Skip to main content
A Shattered Life an Amazing God
By: Madeline A. Spencer
Stock No: WW792597 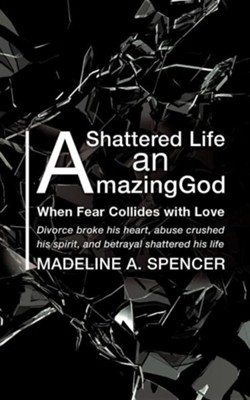 A Shattered Life an Amazing God

▼▲
Divorce broke his heart, abuse crushed his spirit, and betrayal shattered his life. Before he was five years old, Cody experienced physical, verbal and sexual abuse. He would witness his mother's sexual immorality and drug abuse, and then she would be removed from his life. Her choices would adversely affect his young life and would send him into a pattern of fear, hopelessness, rebellion, and rage that would take him into a world of darkness he could not escape. His behavior was easily interpreted as malicious and devious, but those were just symptoms of a wounded spirit, a crushed heart, and a lonely little boy who desperately longed to be loved, but was terrified to be loved. God's love would be poured out on Cody in an attempt to reach behind the wall that had been built around his broken heart. Years of destructive tendencies, despair, and fear would be ever so slowly penetrated, and a young man would begin to appear. Come walk through a five-year attempt to change a heart and redeem a soul. Step into a spiritual battle for a life. In a world that trivializes God, come experience His presence as He equips a family to put on the full armor of God and to step into life the way God meant it to be. Learn how to reach out in love and grace while proclaiming the truth of the Living God. Madeline Spencer was born in Syracuse, New York. As a teacher she has seen that children have been discarded in a narcissistic world. Reaching out in love to the lost young people she encounters in her community has become her role. She presently resides in Rochester, MI with her husband, Alan, and her daughter, Kelley.

▼▲
I'm the author/artist and I want to review A Shattered Life an Amazing God.
Back