Skip to main content
SPRING CYBER EVENT STARTS NOW: And it's a really BIG deal! Up to 88% off through 5/24>
A Separate Peace
By: John Knowles
Stock No: WW33668 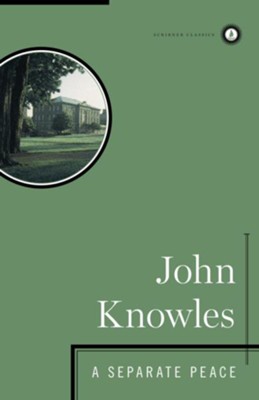 ▼▲
It would be inconceivable for an American author to write a coming-of-age novel in a comedic vein without reckoning with J. D. Salinger's A Catcher in the Rye; and it would be equally impossible to explore the genre in a tragic vein without taking account of John Knowles's A Separate Peace. In a way comparable perhaps oly to The Lord of the Flies, in England, this book looms over American literary imagination as both beacon and sentinel, enticing as many emulators by its extraordinary success as it discouraged by sheer magnificence of John Knowles's accomplishment. Season after season, coming-of-age novels are still published, as they will always be, but succeeding generations discover for themselves why A Separate Peace brooks no competitors. Set among a group of boys at a New England boarding school during World War II, it shines a light into the highest heights of beauty and the most profound depths of evil that young men are capable of reaching. At once harrowing and luminous, brooding, and bittersweet. A Separate Peace has captured as if in amber the experience of adolescence for millions of readers over four decades.

▼▲
Nominated as one of America’s best-loved novels by PBS’s The Great American Read.

An American classic and great bestseller for over thirty years, A Separate Peace is timeless in its description of adolescence during a period when the entire country was losing its innocence to World War II.

▼▲
John Knowles (1926–2001) was a graduate of Phillips Exeter Academy and Yale University, as well as a recipient of the William Faulkner Award and the Rosenthal Award of the National Institute of Arts and Letters. His books include Separate Peace, Peace Breaks Out, and The Paragon.

▼▲
I'm the author/artist and I want to review A Separate Peace.
Back
Back