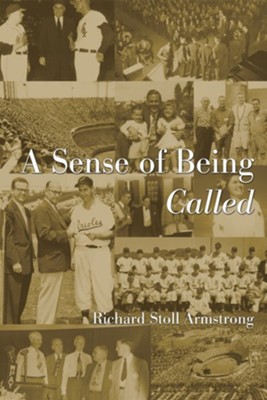 A Sense of Being Called - eBook

▼▲
Dick Armstrong was thoroughly committed to his promising future as a major league baseball front-office executive until something happened that completely changed his life and steered him in a totally new direction. In A Sense of Being Called, Armstrong tells the story of what he calls his "Damascus Road" experience, an awesome encounter with the God he had always believed in but had never given the slightest thought to serving. The dramatic theophany initiated a remarkable pilgrimage of faith in which he and his supportive wife, Margie, learned how God guides, provides for, and equips those who respond to the divine call. What the unbelieving world would label coincidence Dick and Margie viewed as the miraculous providence of God--of a God whose timing, they came to understand, is often surprising and always perfect. As the doors to entering seminary kept opening or closing in unpredictable ways, Dick was eventually led to Princeton Theological Seminary, where he met then-president John A. Mackay, who was to have a powerful impact on Dick's life. Dick and Margie's departure from the Baltimore Orioles and their transition to becoming a full-time seminary couple was traumatic. Their five-and-a-half-year-old son died on the Seminary's convocation day. The poignant story of Ricky's death provides another inspirational illustration of how God is able to work for good, even in the death of a child, with those who are called according to God's purpose. The three years at seminary were transformational for Dick Armstrong, who traces the often -humorous events leading to his ordination and call to be the pastor of the Oak Lane Presbyterian Church of Philadelphia. Armstrong's hope is that this book will move readers to consider how God has been at work in their lives and will awaken in them their own sense of being called.

▼▲
Richard Stoll Armstrong is Ashenfelter Professor Emeritus at Princeton Theological Seminary. The author of many books and articles, he has held pastorates in Pennsylvania, New Jersey, and Indiana.

▼▲
I'm the author/artist and I want to review A Sense of Being Called - eBook.
Back
Back