Skip to main content
SPRING CYBER EVENT STARTS NOW: And it's a really BIG deal! Up to 88% off through 5/24>
A Seed Planted
By: Cat FitzGerald
Stock No: WW328871 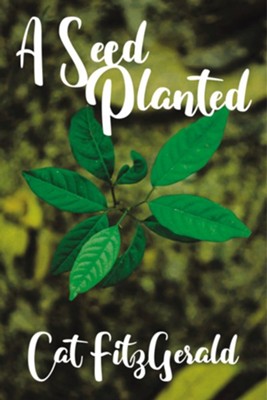 Julia (JuJu) Ready begins life in a hard place. Born to an unwed teenage mother in 1948, she is eventually given up for adoption at the age of eleven months, handed over to a couple who probably should never have had children. As she grows, the rejection by her birth mother, coupled with verbal abuse and neglect from her adopted parents, leads her to resentment that grows deeper and deeper into a series of bad choices.

JuJu’s saving grace and refuge has always been her Grandma Jean who lives across the highway on the family farm. Despite her grandmother’s unconditional love and fervent prayers, JuJu grows distant following a tragic event that hardens her heart. She withdraws from her friends, intent on graduating high school early and leaving the small town of Serendipity, Georgia far behind. JuJu’s good intentions to stay in touch with Grandma Jean are overcome by the freedom she has at college, and when tragedy occurs, she finds herself without an anchor in the adult world she is about to enter.

Armed with her diploma and plans for continued education, JuJu pushes her way into the field of higher learning, capturing the attention of her superior, a handsome fellow with a Ph.D., and a bucketful of charm and sophistication. Adam represents everything JuJu, now going by Julia, has ever wanted in a man, mature and smart, nothing like the boys from college or even graduate school. His flattery feeds a deep need in Julia, and it isn’t long before the relationship moves well beyond that of boss and employee. However, the past will rear its ugly head in the form of repeated loss, and Julia is left alone to pick up the pieces.

Forced to return to her rural hometown, Julia is hurt and ashamed, but mostly angry. Angry at how life has treated her. Angry at the God who rejected her by never answering her prayers. And extremely angry at the young man who is now running the family farm. Determined to get rid of him so she can sell the property, Julia is surprised to discover she has met her match when it comes to stubbornness. She’s doubly furious to learn of his devoted faith to God, which she finds beyond irritating.

Will Julia be influenced by Marley’s witness, or will she wear him down with her antagonistic approach to almost everything?

Cat FitzGerald is a wife, mother, and grandmother who’s been writing stories and poetry since she could hold a pencil in her chubby little hands. Having taught women’s Bible studies for more than twenty years, she began speaking at women’s events four years ago in addition to writing for local magazines and newspapers. Cat resides deep in the South Carolina woods near beautiful Lake Murray with her husband and an ornery, overweight black cat named Rajah. A Seed Planted is her second novel.

▼▲
I'm the author/artist and I want to review A Seed Planted.
Back
Back