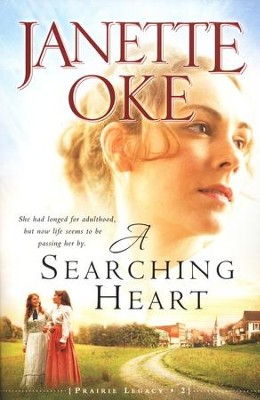 ▼▲
Virginia Simpson managed to struggle through adolescence and was looking forward to stepping into adulthood. When her graduation day arrives, she walks to the podium as the class valedictorian to the proud grins of her grandparents, Marty and Clark Davis. College beckoned, and life seemed to be well in hand.

She thought she would feel different. Like an adult, with an inner knowledge that she was on the edge of the nest, ready to try her own wings. And then circumstances began swirling around her, making her rethink her plans and reevaluate her priorities. If She Only Knew What the future held?

▼▲
Virginia Simpson is about to graduate from high school and continue her education at college when a family crisis derails her plans. She comes to feel that the rest of the world is moving on without her.

Janette receives fan mail from all over the world and answers each letter personally. She received the 1992 President's Award from the Evangelical Christian Publishers Association for her significant contribution to Christian fiction, the 1999 CBA Life Impact Award and has been awarded the Gold Medallion Award for fiction. Janette and her husband, Edward, have four grown children and enjoy their many grandchildren. They make their home in Canada.

▼▲
I'm the author/artist and I want to review A Searching Heart, A Prairie Legacy Series #2.
Back
Back