A Search for Reality
By: Leon L. Combs 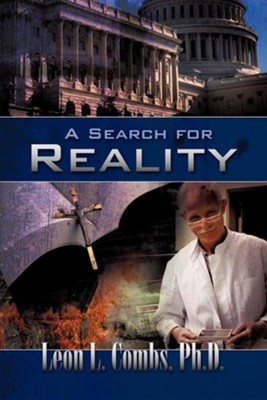 A Search for Reality

▼▲
Imagine life when God's Church has lost acceptance and the government only allows a new "church" structure that rejects the concept of a Biblical God. The purpose of the new churches is to help people attain peace in their lives. A world dictator has emerged who achieved peace by suppressing the former concepts of religion so that religious conflicts no longer exist. The world government uses virtual reality modules to mold the minds of citizens to accept this new structure and all known Christians are isolated. The main character is a scientist who achieves all that the world can offer but who still thinks something is missing. He and his friends initiate a search for "real" reality. As the story unfolds, choices must be made between the manufactured peace of this worldly existence and the dangers of declaring themselves Christians. Dr. Combs earned his Ph.D. in Chemical Physics from LSU and then taught chemistry and physics for 40 years. He is Professor and Head Emeritus at Mississippi State University and Professor and Chair Emeritus at Kennesaw State University. He has taught Sunday School classes for about 30 years in three different denominations. He currently is a member of a reformed Presbyterian church. He developed a web site, http: //LivingTheology.com which carries many of his Christian writings. This book began about 20 years ago as he observed how the church was losing its identity as God's Church and people attending such local churches seemed mainly interested in socializing and hearing sermons designed to make them feel better. He also observed how people were treating sports as religions. After retiring in July 2006 from KSU, he determined to finish this book since many of the futuristic aspects of the book are already appearing.

▼▲
I'm the author/artist and I want to review A Search for Reality.
Back
×